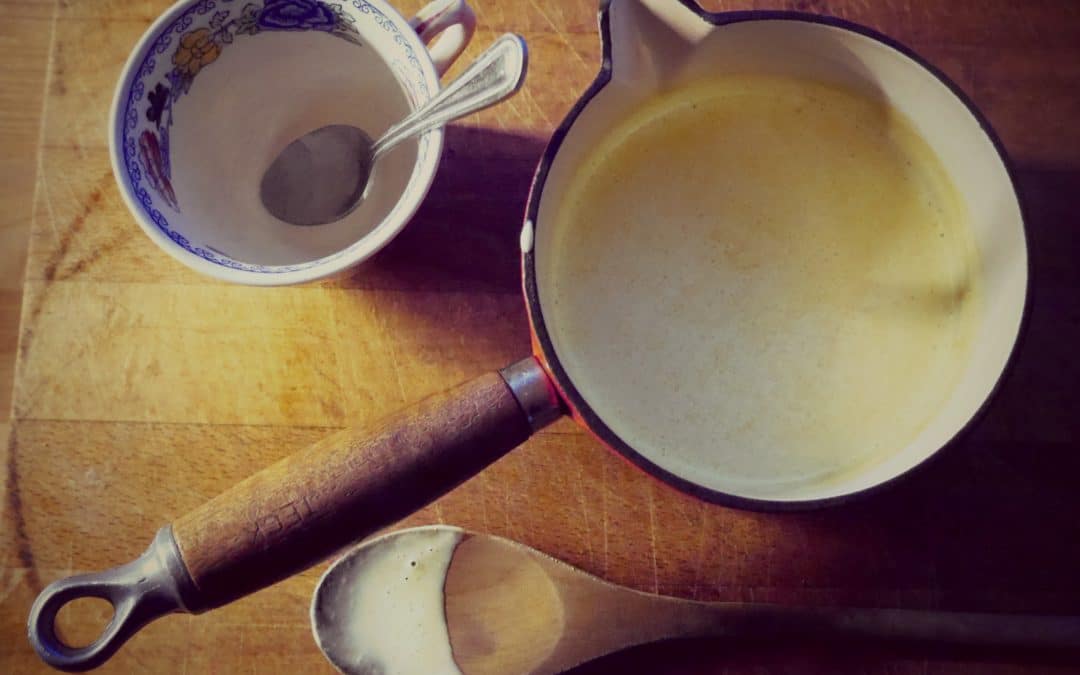 My current obsession is Golden Milk also know as a Turmeric Latte. I’m a big fan of warm drinks-even in summer it’s a tad chilly here on the blustery North Coast of Ireland and so a cup of something hot is one of the daily essentials. I’m also a huge fan of turmeric, something that I always turn to in order to give a boost to my immune system. Usually I juice my turmeric roots and have it in an intense “shot”, but this Golden Turmeric Milk Latte is a much more soothing and nourishing option, and one that I’ve reached for throughout my pregnancy this winter.

Based around a South Asian drink haldi doodh, Golden Milk is a blend of turmeric, black pepper, milk, honey. Sounds a bit weird? Don’t judge it until you’ve given it a sip-It’s delicious!

Ready to give it a go? Here’s my favourite recipe. It includes warming ginger and sweet cinnamon making it a dreamy winter drink.

-a blender (I use my Nutribullet)

-Milk of choice (I like cows milk or almond)

First up using the back of a teaspoon peel the ginger and turmeric roots and pop into the blender with the cinnamon, milk, honey and also a few grinds of pepper. Blitz up until smooth.

Now ideally you will want to drain this mixture through a nut milk bag (ps it will stain it yellow!) but I don’t mind the texture of it without, so I leave it un-drained.

Pour the milk into the saucepan and gently heat until warm. Decant into your favourite mug and drink-preferably snuggled up on the sofa with your book of choice (mine’s currently We’ll Always Have Paris by Emma Beddington!) and a roaring fire.

Have you tried out Golden Turmeric Milk Latte’s yet? And what’s you’re favourite warming drink? x