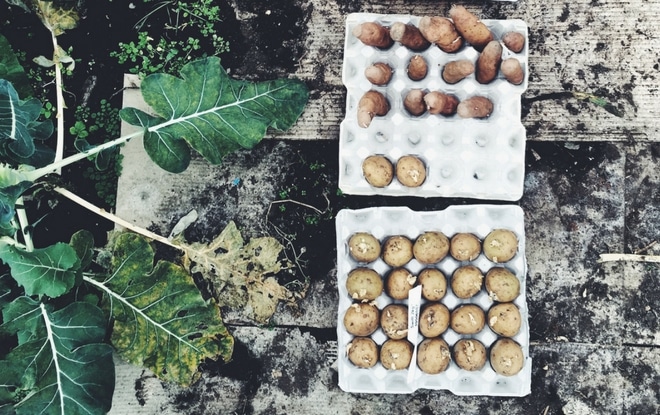 March is my favourite month of the year, although it can still be very turbulent with its weather. Some days are full of birdsong and bursts of growth while others remain cold and frosty! Personally, I cant resist March’s overall cheerfulness and symbol of hope for things to come. Just like the fields full of gambling lambs, I also find myself inspired by the seasonal energy and find that winter has finally gone from my thoughts.

This is the month to start keeping an eye out for wildlife, begin foraging, button up the jackets and go for walks and start gardening with vigour.

If March had an official colour, it’d certainly be a yellow month, with longer light filled days, borders crammed full of bright and energising daffodils and those little wild primroses in their shade of unsalted butter. Then there’s the yellow chicks that pop up everywhere in celebration of the forthcoming Easter. If colours do have a meaning then according to Google yellow stands for happiness, optimism and freshness. Sounds pretty good to me!

What Does March Mean?

March derives its name from the Roman Martius. With a nod to both the Roman god of war and the planet Mars it heralded the start of the season of warfare. Not exactly very romantic! However, this Roman God also was the guardian of agriculture and so Martius also signaled the beginning of growth again. The Saxons called March Lentmonat suggesting the lengthening days due to the March equinox where day and night become equal length.

Other names for March are the month of birches (Ukranian) perhaps due to birch sap being in season, susec-month of land ready to cultivate (Slovene), and maaliskuu- visible earth Finnish.

What Celebrations are in March?

March is where the turning point we all were craving so much in February actually happens. There’s no going back now, with the 1st being the start of the meteorological Spring it’s full force into the new season!

March is a longer month, having 31 days and within this time there are plenty of celebrations to take note of. On the 2nd there’s Holi a Hindu festival of colours to celebrate the end of winter. On the 11th there’s Mother’s day followed by St. Patrick’s day on the 17th. Ostara, the pagan festival is on the 20th- a celebration of the equinox and fertility. While the end of the month is wrapped up with Lady Day on the 25th-the traditional beginning of the legal year and Good Friday on the 30th.

What’s in season in March?

Nettles are also in season now and so overlooked! Although they may have a wicked sting, nettles are wonderful to eat in many different dishes. Nettles are packed full of minerals, vitamins and chlorophyll and make a brilliant iron tonic for those in need of a boost. In fact I like to see early spring nettles as being rather timely. They appear full of goodness when we are in need of a nutritional boost from a cold dark winter. They work wonders when you’re depleted and tired and I like to team them up with oat straw in herbal teas as a reviving drink.(Ps; if you want to learn more about herbs I recommend these superb online classes by The Herbal Academy)

When foraging for fresh nettles make sure they haven’t been sprayed and look for fresh, young growth. Pick as many shoots and leaves as you need but avoid pulling up plants by the roots. Once how give them a good wash and pick off any unwanted visitors. Remove stalks too.

To cook nettles I like to blanch them in boiling water for about 1 minute until soft. Drain them well, finely chop and use them as you would spinach. I often add them to a hot pan after the blanching with some butter and lemon to soften and mellow their deep green flavour

I also like to steep a handful in vinegar for a couple of weeks to create a fortifying tonic for spring.

Sea trout, salmon, pollack are all in season right now too as well as mussels. 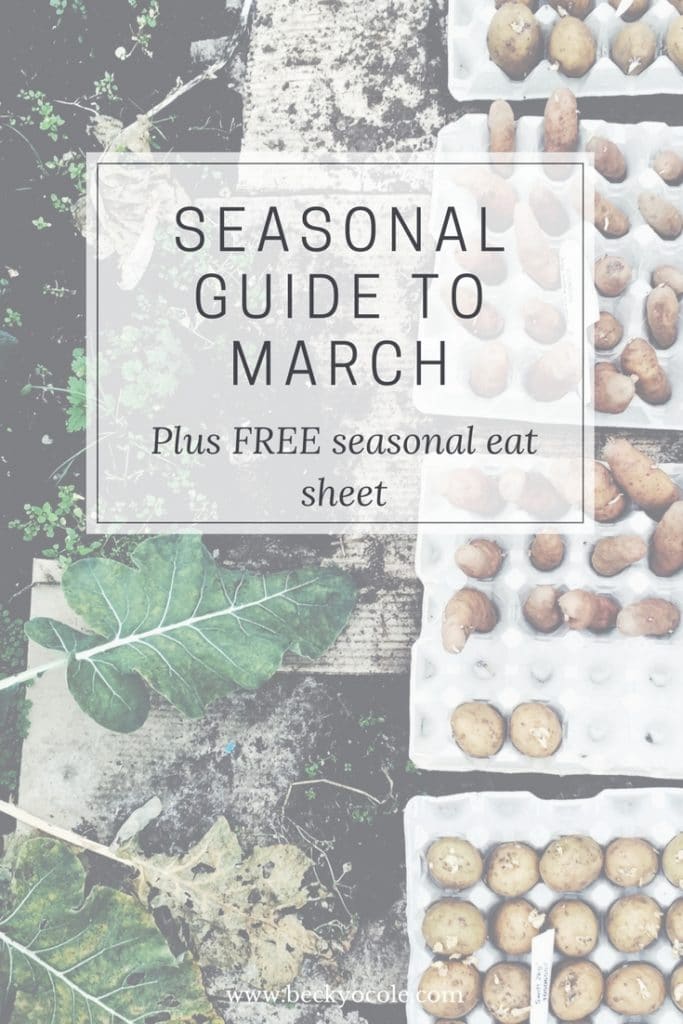 What’s Happening in Nature in March?

Nature is kicking into gear now and the warmer, longer days means butterflies and flower bees begin to emerge. The brimstone butterfly, with it’s lime yellow wings is the first butterfly to brave Spring-in fact I just saw one a couple of days ago! On the warmer days of later March you may also see the orangey tortoiseshell wings of a comma and possibly even the unmistakable Peacock butterfly too.

Depending on where you live, the wheatear, home from Africa, may become a common sight for you, as should the chiffchaff with it’s olive green feathers and bright, twinkly song. If you’re interested in learning about how to identify birds and birdsong the RSPB website have tons of info and audio clips.

Baby rabbits and of course those mad-march hares can also be spotted if your lucky.

What to do in the Garden in March?

March is usually the busiest time of year for gardeners as its time for sowing seeds! We’ve already got started here at the farm and yesterday we planted up trays of cabbages, kohl rabi, leeks, beets, tomatoes, lettuce, kale, jalapenos, broad beans, spinach and peas to name some. If your in warmer climes than here in the North, then you can usually plant some crops directly outside. Check your seed packets for more information! We’ve chitted our seed potatoes back in early February but they’ll remain waiting for another few weeks until the end of March before being planted outside.

If you don’t have a garden you could certainly think about planting some cheery window boxes or containers. The garden centers come alive again this month with plenty to chose from. Or alternatively try some salads or a chili plant inside.

—-Have you downloaded my seasonal eat sheet yet? It has all the details on what’s in season and when!——

As you all know, I love the concept of slow living. Since moving to the farm from my city life in Dublin I have cherished learning about each month as it passes and also remembering to be in the moment and celebrating the smaller things. My hope with this episode is to inspire you to see each Month as a celebration of nature.

Here are some ideas to live a slower more natural March…