Reconnecting with Nature-Interview with Tristan Gooley 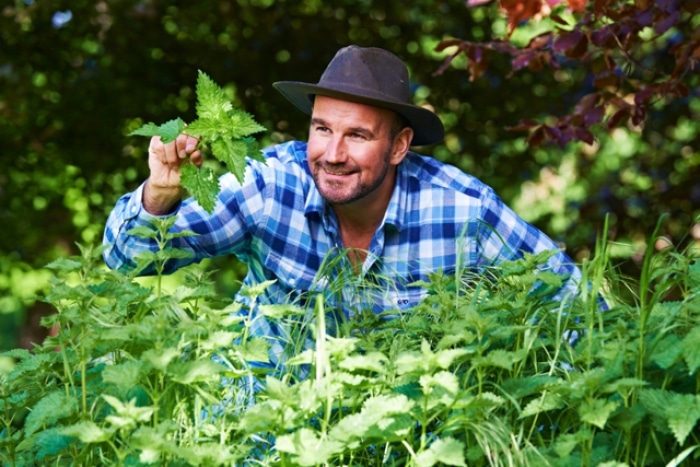 I was utterly thrilled when Tristan Gooley, aka the Natural Navigator, kindly agreed to be interviewed for this blog. His books are an incredible source of lost knowledge surrounding nature and the art of reading signs. I am so honoured that Tristan gave me some of his time so that I could share this with you. I know you will adore his ideas, tips and thoughts as much as I did. Tristan has written many in depth books on the subjects of natural navigation and reconnecting with nature so do check those out if your interest has been piqued.

Hi Tristan, thank you so much for taking the time to answer these Qs. To get started could you share how did you became so interested in natural navigation? And was it something that appealed to you as a child?

I was about 10 when I realised that natural navigation was a skill that allowed you to shape your own journey. I appreciated that either someone told you what to do as a kid or you could work out how to get somewhere yourself and you got a bit of freedom that way. You’re either a passenger or a navigator on all journeys and while there’s nothing wrong with being a passenger, it’s just a lot more fun to chose your own route.

That led to a love of navigation and I developed those skills until I got to the point that I could get to most places I wanted to be in a small plane, boat or by walking and then I realised that the big journeys weren’t feeling quite as exciting as the small ones had done as a kid. I found it really frustrating and a bit disappointing that I was going on thousand mile expeditions and not feeling quite the same thrill that I had as a ten year old. It was by chance that I came across the idea of finding my way using nature and I tried it and suddenly just crossing half a mile of woodland felt exactly like it had done to go on an adventure as a kid again. I was in my late twenties the first time I tried it and so that was the next big turning point and that’s what I put most of my energy into. I was still doing a lot of conventional navigation but it was through natural navigation that I realised that’s where we get to see the world and experience it.

Natural navigation is quite a primal skill, but we seem to of lost the ability to use it over the years.  Do you think it’s still relevant to people today?

Yes, it’s all about the richest of experience. If you try natural navigation, even if it’s not your primary way of getting from A to B, you’ll notice a hundred times more than someone who isn’t trying it. You start noticing the plants, the clouds, the stars, behaviour of animals and people… The nicest compliment I get from people who have read my books is that they didn’t realise how much they had been missing, that they’ll never see the world the same way again.

Yes, it’s totally changed my life, to be honest. I’m a bit of a poacher turned gamekeeper as the expression goes. When I was much younger, in my teens and twenties, nature was green stuff that got in my way. My thoughts on nature were limited to how to make sure it didn’t stop me but then natural navigation turned that on it’s head. I realised that I needed nature. Now I’ve been pulled towards seeing the world as a place of signs. Seeing everything outdoors as being connected to something else and getting meaning from it. For example, stars can be beautiful but they can also tell you something about the seasons or time of night. A cloud can be beautiful or it can tell us whether it’s going to rain and from which direction.

I also believe quite strongly that our minds have evolved to be deductive in order to solve puzzles. Which is possibly why so many things in popular culture are suspense, mystery, thrillers, all the way to crosswords and Sudoku. These are popular because our brains like to do that kind of stuff. But the thing that’s been missing over the last few hundred years has been the slight assumption that as soon as we step outside that part of our brain wants to shut down. To start, I may have been in the minority of people that didn’t think that was the case. However now I’m delighted to find that there’s a healthy minority of people who think, “yes, when I stretch my legs I want to stretch my mind as well”.

I hear a lot from my readers that they would like to reconnect with nature. What would your best tips be?

The broader goal of reconnecting is not going to be finding your way in through something that someone else finds fascinating. What I’ve discovered is that part of being human means we have certain fundamental interests. Everybody has a passion in a certain area. The question isn’t which part of nature do I find think interesting, but rather what motivates me and arouses that curiosity.

Quite often that doesn’t seem to be nature, for example I’ve a friend who’s an interior designer designer. They have an interest in the home/property which is a very fundamental human interest. Shelter is one of the things that has kept us alive for hundreds of thousands of years. But that sort of interest has mutated into things like interior design and architecture. If that is your passion then materials and their relationship with the natural world can be a way in.

If you’re interested in food then foraging might be for you. If travel or adventure are your thing then natural navigation is the one. Even if you don’t see something immediately obvious in those sort of categories then there are very few people who don’t find relationships interesting and the natural word is absolutely full of them. What’s your favourite outdoor clue that you like to use for natural navigation?

I’m a massive fan of things that combine extreme beauty with practical insight as well. My favourites tend to be things like the rainbow, which most people find beautiful I imagine. It also gives us a weather forecast, sense of direction and time. My other favourite stemmed from my latest book How to Read Water and is glitter paths. When the sun’s low you see a path of light across the water and while it’s stunningly beautiful and it also tells us what the water is doing, how big the waves are and so on.

Autumn has just arrived. Beyond the leaves turning what other more subtle clues can we start to look for that herald the beginning of a new season?

Quite often I feel energised and motivated by the things that the ancients would of tuned into, but that we’ve let go of and the stars are a great example. The stars rise and fall four minutes earlier each evening which is effectively marking time. So, while four minutes doesn’t seem a lot, it quickly adds up. In a week that’s half an hour and in a month that’s a couple of hours. The seasons are also marked by which stars we see in the east and west. So, currently as we get into autumn we begin to see Orion again.

What’s a fun way of getting children involved in nature?

Allow yourself to be led. Anything that is quite primal and makes them sense the effect of it is great. An example I like is the white dead nettle and to show them that they don’t sting. The other way is fighting fire with fire. An example of this was when I asked my son if he wanted to go look for fungi but he wasn’t that sure about it. I knew however he was trying for a high score on a game, so I told him I had never seen more than 40 different fungi on a visit to the woods, a few hours later I was the one asking to go back home!

I particularly enjoyed your chapter on stars (I also loved your description of the night walk) from your Walkers Guide-so when it comes to celestial navigation, for someone who is just a newbie to the idea, where do you suggest they begin on their journey?

Finding the north star using the plough is a good starting point. It can sound quite dry to most people but actually it can quite a philosophical exercise. It can be a strange experience, learning to use the shape of the stars to find the north star. There’s this initial rustiness and newness as well as a skeptical side that says does this really work? But once you realize that north is in the sky and your compass is trying to find a natural phenomena using just a magnet you’ll have more faith in the north star than that piece of kit. Are there any rules of thumb when it comes to finding a good place to stargaze?

The best thing to know is that there’s an exponential effect of light pollution. So If you’re in the center of a big city, you struggle to see anything but the brightest stars and planets. But what a lot of people don’t realise is how quickly things get better even a little further out. For villages in more rural settings if you take the time to travel half a mile out of it the night sky you see will be dramatically different from the one you see in the village.

Out of curiosity do you keep any kind of nature journal or log?

Yes, it is in my pocket as I stand here! It’s not particularly disciplined, it tends to be sort of scribbling, maybe one line, although sometimes I do get rather carried away and it becomes several pages!  I have lots and lots of notebooks that sit on my desk and I dip back into them when I’m writing a book.

To wrap it up can you tell  me what’s next for the natural navigator?

I’m working on a book at the moment, I can’t say too much about it except that it’s a logical progression in terms of how we experience signs outdoors as well as indigenous tribes sense of awareness…and how we can get that back.

Tristan Gooley runs courses throughout the UK on Natural Navigation more info can be found on his website https://www.naturalnavigator.com/the-courses He is also the author of How to Read Water , The Walker’s Guide to Outdoor Clues and Signs , How to Reconnect with Nature, The Natural Explorer and The Natural Navigator.